Everyone who pays dues and does work at McMaster that is covered by one of our bargaining units is automatically covered by their Collective Agreement and entitled to union representation in accordance with Ontario labour law.

However, according to the Constitution of our National Union, becoming a full Member in Good Standing of the union is a more deliberate and intentional process requiring a few steps:

“I promise to support and obey the Constitution of this Union, to work to improve the economic and social conditions of other members and other workers, to defend and work to improve the democratic rights and liberties of workers and that I will not purposely or knowingly harm or assist in harming another member of the Union.”

Becoming a Member in Good Standing allows you to attend General Membership Meetings, run for union office and vote in union elections, access union education and training, and attend and participate in conferences and conventions of CUPE Ontario, CUPE National, and other organizations to which CUPE 3906 is affiliated.

A more detailed explanation from CUPE National is provided below: 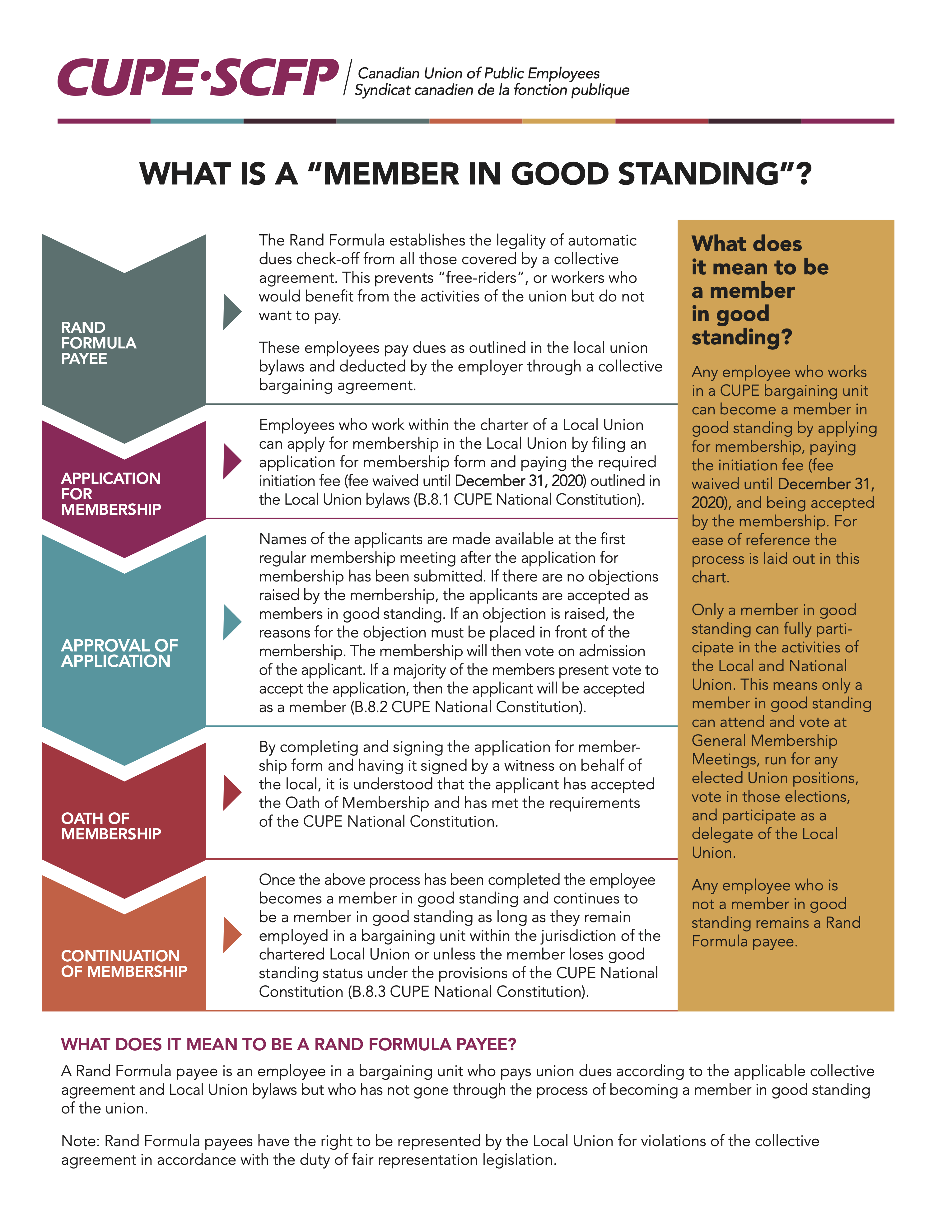