The membership of Local 3906 has also voted to affiliate to the following organizations:

Through our affiliation to CUPE Ontario, we also play an active role in the Ontario University Workers’ Coordinating Committee, more commonly known as the OUWCC. 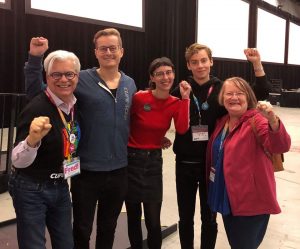