For over 40 years, CUPE 3906 has consistently improved the working conditions of its members, all of whom are academic workers at McMaster University.  The union has been dedicated to upholding high standards of education at McMaster University by ensuring its members are well-equipped to perform their duties, and compensated fairly for their hard work.

At the present time, CUPE 3906 represents around 3,500 workers at McMaster every 12 months, making it the largest union on campus, and one of the largest unions in Hamilton. We currently represent three units: 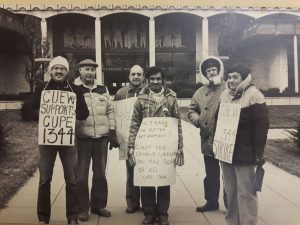 In 1994, a merger occurred between CUEW and the Canadian Union of Public Employees (CUPE), the largest union in the country.  The local union at McMaster was once again re-branded, this time as CUPE Local 3906. 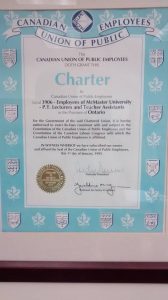 In 2014, the union organized sessional faculty in  the MELD Diploma program (McMaster English Language Development).  With unanimous support for the union, they were granted automatic certification and brought under the existing Unit 2 collective agreement.

Local 3906 is affiliated with CUPE Ontario, the Ontario Federation of Labour, and the Hamilton & District Labour Council. 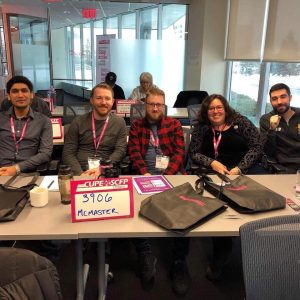 We are deeply committed to grassroots local democracy and hold monthly General Membership Meetings (GMMs), which we encourage all members to come out to. Not everyone is expected to participate in the discussions at GMMs, so it is perfectly acceptable to come and just listen in (and enjoy a free lunch/dinner)! A schedule of events can be found on the calendar located on the right side of this page.

Our representation of members across campus comes by way of member-driven committees, stewards in every department, a 13-person executive committee, and our local staff. Contacts for all these people and committees can be found on this site, and we encourage you to direct your questions to whomever you deem appropriate!